Why is Acetonitrile Used in HPLC?

Acetonitrile together with Methanol are the most commonly used solvents for HPLC and UHPLC Chromatography processes because most substances are easily soluble in both solvents, but not saturated hydrocarbons.  Acetonitrile has a low wavelength which means that the solvent will elute first from the column, therefore pressure is reduced on the column.  Lower pressure in the column will have the long term effect of prolonging the life of the column, pressure within the column varies depending on the solvent used and the mixture ratio between the solvent and the sample.  An Acetonitrile based solution generally has a higher elution strength against the same strength solution using Methanol. Some scientists report that the same retention times can be achieved using acetonitrile with less than half the ratio of methanol.  Operator errors can have a significant impact of reproduceable results.

Acetonitrile produces less pressure than Methanol, however the choice between using Acetonitrile against Methanol should not be made on price, (Acetonitrile is generally more expensive than Methanol), choice should be made on performance for your particular instrument and the effect of the chromatography process on the durability of the column.  High grade Acetonitrile has a lower absorbance in routine HPLC and UHPLC procedures and causes less interference than other solvents that can be used.

Biosolve solvents, including Acetonitrile, supplied by Greyhound Chromatography, are filtered at 0.1µm and are packed under inert nitrogen gas for longer shelf life, with very low amounts of inorganic metallic contaminants.  Acetonitrile is bottled in pure glass containers to minimise leaching and degradation of the solvent.  Acetonitrile is a clear colourless liquid with an acidity as low as 0-0.001% depending on the grade.  The presence of acid in the solvent improves the chromatographic peak shape.  Full certificates of analysis are available to view before selecting the right grade of solvent for your application.   Acetonitrile Surpa-gradient grade, available from Biosolve, is the highest-grade Acetonitrile solvent available for HPLC and UHPLC in today's worldwide market. 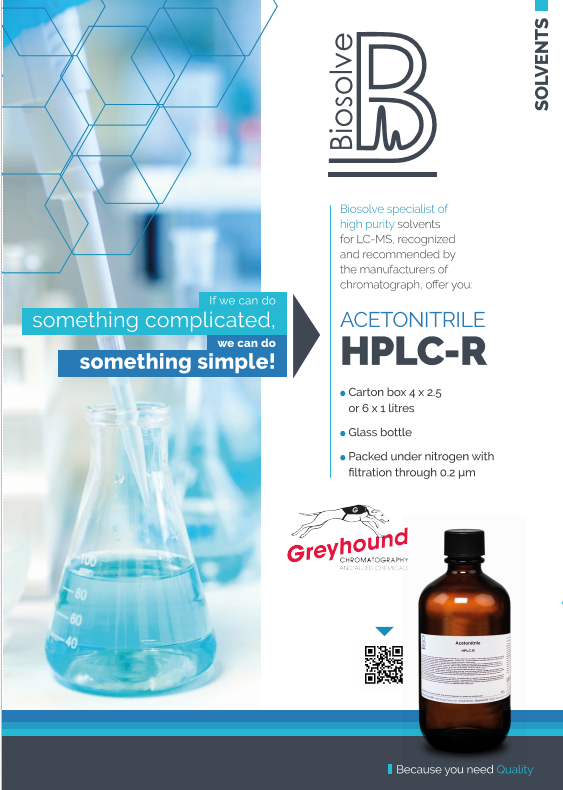 Acetonitrile is shipped under Dangerous Goods regulations as it is a highly flammable liquid and vapour.  Safety procedures should be closely followed for the safe handling of Acetonitrile, including keeping away from sparks and open flames, hot surfaces and heated storage rooms.  When handling take reasonable precautions to ensure that it does not go on skin or near eyes.  If Acetonitrile does come into contact with clothes, remove the clothing and rinse thoroughly in water.  If it comes into contact with the skin, wash cautiously with water.  If acetonitrile comes into contact with the eyes, remove contact lenses if they are present, rinse with water for several minutes and seek medical advice.

Is there a need to wash columns frequently during HPLC

It is important to look after your columns to prolong their life and also their integrity.  Washing a column is an important process that should be done regularly.  Depending on how many samples you are processing and how often you are using them will determine how many times you wash the column.  Storage of the cleaned columns should also be considered.  It is important to establish a wash cycle in the laboratory, if you do not you will notice a gradual pressure build up and you may experience ghost peaks after the first injection.   Ghost peaks are caused by compounds eluting off the column in later runs despite being injected in a previous analysis.

This is the recommendation for a column that is to be stored over a long period.  Replace buffers and modifiers at the end of the day, it is recommended that you wash the column with 70% water, 15% methanol and 15% acetonitrile.  divert the eluent from the column to waste so as not to contaminate the detectors.  Wash the column in 100% methanol and 100% acetonitrile, both for at least 15 minutes.  Store the column subject to the manufacturers recommendations, this will preserve the column, which may last for years depending on the number of samples processed and the care you give to your column.   For daily use, wash the column in 70% water, without using an acid or modifier, and store overnight subject to manufacturer's instructions.

In 2008 there was a world shortage of Acetonitrile, (a by-product from the manufacture of acrylonitrile) because of several factors, including, Chinese manufacture being shut down because China was hosting the Olympics and all industry within China was either closed down or drastically reduced in an attempt to improve the standard of air during the Olympics.  Also, during Hurricane Ike in the USA an Acetonitrile factory was damaged in Texas causing further shortages.  As Methanol is an acceptable substitute in most HPLC methods the shortage can be overcome.  Acetonitrile is seen as a valuable commodity due to the volume used worldwide for a variety of purposes other than Laboratory analysis.  There is no anticipated shortage of acetonitrile at this present time. 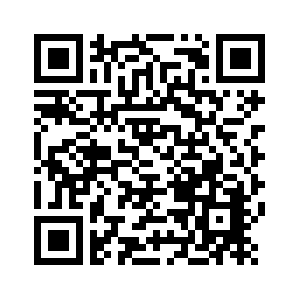 How to Prepare a Sample for HPLC Analysis

High-performance liquid chromatography (HPLC) is a analytical chemistry technique used to separate, quantify and identify each component in a mixture. Components are mixed in a pressurized liquid solvent which pass the sample through a HPLC column filled with a solid  adsorbent material. Each component in the sample interacts slightly differently with the adsorbent material, causing different flow rates for the different components and leading to the separation of the components as they flow out of the column.  The sample is mixed with solvents in varying dilutions and can be pre-filtered before the sample is put into the column to ensure purity of the results, where a sample has to pass through the column at a regular or fast speed a HPLC pump is used.

Sample preparation is vital to high quality reproducable and specific results, often overlooked methodical sample preparation can improve efficiency in the laboratory.  Sometimes seen as a laborious task sample preparation isn't always viewed as the most efficient use of time in the laboratory.  HPLC and increasingly UHPLC is one of the most commonly used high pecision analytical methods in today's fast paced modern laboratory.  A sample needs to be prepared so that it can be directly injected into a HPLC column.  Firstly the sample needs to be dissolved in an appropriate solvent; methanol and acetonitrile are favourite choices, for a variety of reasons; there are many guides available as to the proportion on solvent in relation to your sample; some methods are tried and tested some are just a matter of trial and error.  Chromatography forums provide a wealth of experience that is freely shared via the Internet.

Depending on the sample to be analysed, whether it be for animal biological fluids, drinks, food, human biological fluids, petrochemical residues, pharmaceutical analysis, toxicological residues, waste waters, the sample will need to be filtered prioir to injection.  Solid Phase Extraction (SPE) tubes provide an excellent clean up method or a syringe filter with a suitable membrane to ensure that your sample is free of particles that may cause intereference during detection and will prevent blockages to your column.   Syringe filters are the most efficient method of pre-filtering the sample for sample with complex properties or for small volumes, they come in a variety of membranes and differing porisities.  It is important that the sample is a clean as possible before it is introduced to the column, taking time at this stage to ensure that the sample is a clean as it can be is worth the extra time.

Problems with peaks, particularly Ghost Peaks can be detected either with the first injection or problems may present themselves during the course of your analysis leading to a gradual deterioration in your results.  A poorly prepared sample may lead to you having to repeat the whole process, it may even involve you having to clean the column if the sample is too contaminated.  Taking extra time to clean the sample will save valuable laboratory time in the long run.

A clean sample will help to ensure:

Using ultra pure water can also have its advantage particularly for pharmaceutical analysis where the need for the purest water is paramount.  Scientific research has proved that more than 80% of problems experienced during HPLC analysis are directly attributable to water purity.  Biosolve Ultra Pure water is supplied by Grehoyhound Chromatography in the UK and to laboratories world-wide.  With less than 0.0002%w/w residues after evaporation, the HPLC grade water from Biosolve is filtered through 0.2µm and bottled under inert gas.

Some scientists prefer to use an automated sample preparation methods to eliminate human error, samples can become unreliable where dilution has been carried out manually use hand to eye determination of sample size and not a regulated reproduction of a sample using a elctronic pipette, for example.  Automated sample preparation can aid productivity by speeding up the analysis process, this is partciularly useful for UHPLC where speed of analysis under high pressure is essential.  Triple quad systems provide increased sensitivity at lower analyte concentrations, allowing high throughput of smaples.  The laboratory environment is increasingly complex, particularly in the field of biological research and analysis.  The need for research and drug development in the area of Cancer research alone is driving new developments every day at the edge of treatment devlopment.